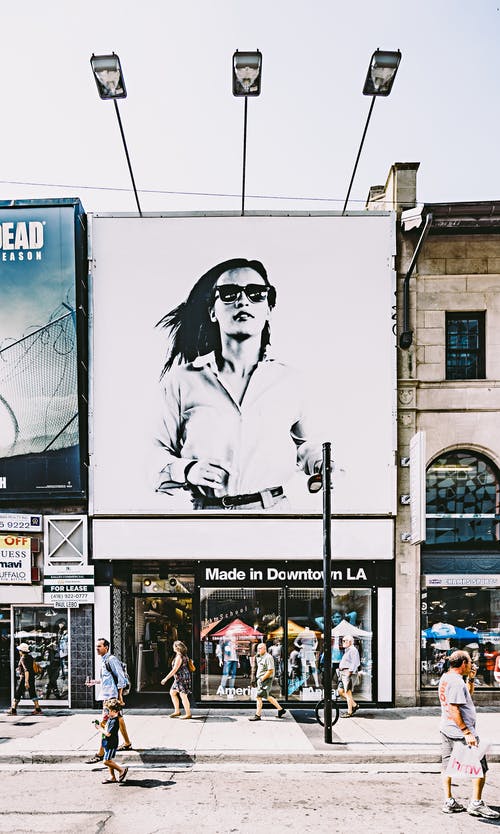 Do billboards still work in 2019? Are they an efficient and effective strategy? Should they be part of your 2019 strategy and beyond?If the growth of the industry is an indicator, the answer would be an emphatic "Yes". The growth of billboards and digital out-of-home (DOOH) advertising comes in large part because of the overall shift towards digital advertising. Even with ad targeting, mobile technology and ad-supported online media, people are clicking past banner displays and skipping pre-roll commercials. But real life has no skipping or ad-blocking. Large, uncluttered, mostly static images still have the power to grab our attention. By including contextual area data, theses ads can effectively reach your audience.Screens are getting cheaper. Also, it’s increasingly easy to fill them with dynamic, competitive content. Digital outdoor ad spending has grown 15 percent annually in recent years. According to PricewaterhouseCoopers, the growth has been 35 percent since 2010. It will overtake traditional outdoor ad spending by 2020. For every $1 spent on OOH ads, it delivers $5.97 in ROI. This makes it 40 percent more effective than digital search, according to research by the Outdoor Advertising Association of America. Bigger, higher-resolutions screens, as well as better contextualization, mean billboards will become even more effective.

Today, four of the 10 largest spenders on billboards are tech firms; Apple, Google, Amazon, and Netflix.In London, Google has started to test its DoubleClick ad technology by allowing ad buyers to programmatically purchase ad space on screens above roads, city centers, and transit hubs. In Germany, Google is applying the company’s expertise in targeted advertising to outdoor ads. By using location data from Android users, they can grab extensive demographic data about who passes by particular street corners.China’s Alibaba spent $2.2 billion on Focus Media, a Shanghai-based company. As part of their “New Retail” push, this offline-to-online strategy meant to capture the attention of the Chinese middle class.

Digital experiences coming to a highway near you

Major out of home companies like JCDecaux, Clear Channel and Lamar plan to add hundreds of new digital screens in big cities where they operate. Many will be brand new locations while some will be conversions from static boards to digital screens. California is testing a digital billboard program on its highways that the state estimates could bring in millions every year.

While you are working on your digital online campaigns, don't forget to include a digital offline campaign as part of your strategy!