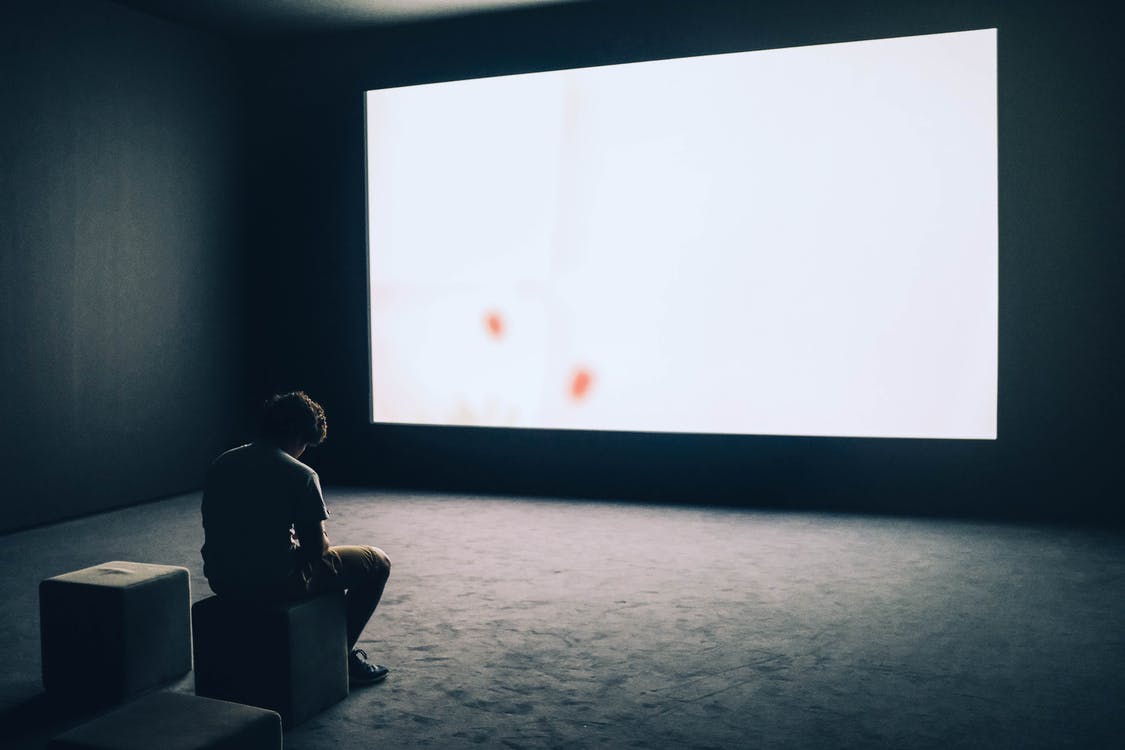 The viewing was from the main theater at the Harold Washington Public Library. The CBS Upfront presentation originated from New York's Carnegie Hall and we saw a live satellite feed from New York. The presentation focused on the network’s "strength and stability." CBS boasted throughout the presentation as being the most-watched broadcast network for the 11th year in a row.

The presentation began with a pregame filmed segment in which Jim Nantz and Tony Romo do a "Super Bowl" type introduction talking about what CBS needs to do to succeed this year. There were many sports analogies and sports cliches tying in the television network's needs in order to remain on top. They talk about the “new head coach" Joe Ianiello and the “team he's crafted” with David Nevins. They also refer to the “head of offense” Kelly Kahl.

Immediately following the game introductions by Jim, Tony and Tracy came The Big Bang Theory tribute clip reel. This was a very emotional tribute as the longest running sitcom was coming to an end. The cast and Chuck Lorre come out to receive a standing ovation.Last Thursday, The Big Bang Theory aired their last episode and drew 18 million viewers, according to Nielsen.

Les is the butt of jokes

CBS 'Late Show' star Stephen Colbert takes the stage and brings gasps and laughter to the crowd by bringing up Les Moonves. "I just read Attorney Bill Barr's 4 page summary. Turns out Les Moonves was totally exonerated! I did not see that coming!”

As for CBS' new programming? Judging by their trailers, it looks very promising! In the comedy section, The Unicorn and Bob Hearts Abishola were my personal favorites.The Unicorn stars Walton Goggins as a widower trying to move on from the most difficult year of his life. He realizes he’s unprepared to raise his two daughters on his own and unprepared for the dating world.Bob Hearts Abishola stars Billy Gardell as a middle-aged sock businessman from Detroit. After having a heart attack, he unexpectedly falls for his cardiac nurse, a Nigerian immigrant. On the surface, the two look like a very unlikely couple. However, they both seem to have great chemistry and I am looking forward to seeing how the plot develops.

As for the drama series, Evil made all the agency folks and me jump off our seats in the theater.Evil is a psychological mystery that examines science vs. religion staring Katja Herbers, Michael Emerson and Mike Colter. It focuses on a skeptical female forensic psychologist who joins a priest-in-training and a carpenter to investigate the Church’s supposed miracles, demonic possessions and unexplained phenomena.

At the conclusion, Kelly Kahl wraps up CBS's Upfront presentation by paying tribute to the amazing people who worked tirelessly to help make the quality series we see. Kelly said, "I'd like to take this moment to acknowledge all of our employees. We are a team,the best in the business.”

Afterwards, CBS Chicago had all the media planners/buyers up to the Penthouse at the Harold Washington Library for an elegant cocktail receptions. Drinks were flowing along with passed around hors d'oeuvres and food stations including a shrimp and sushi station. If this is how all the network Upfronts are formatted, I can't wait for my next one!Carolina Macedo, the author, is Marketing Keys' Project Coordinator. She is looking forward to writing about her next TV Network Upfront!