Which is better? Traditional or Digital Billboards? 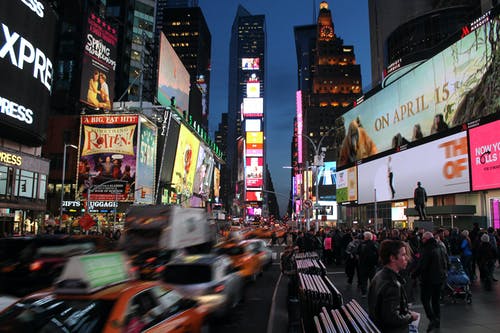 In recent years, the out of home sector (traditional or digital billboards) has seen consistent growth and its revenues increase by nearly 30%. The question isn’t whether to invest in OOH but, instead, which is better? Traditional or Digital Billboards? Each method offers its own unique benefits but one may be better for your particular situation over the other.

Billboard advertising is a great way to build brand awareness locally. Plus, it’s a lot cheaper than TV advertising. Digital billboards are able to grab people’s attention with lights, colors and moving images. The down side is that you will be sharing screen time with as many as seven other brands. However, when you advertise with traditional billboards your ad is the only one up there. This means businesses can achieve maximum exposure within their targeted location.

For any billboard campaign to be successful, your ads will need to be placed in high-traffic areas that optimize your reach. If your campaign’s goal is to build brand awareness, you may want to opt for digital billboards. Digital boards are placed in areas that get the highest levels of foot traffic and therefore deliver the highest number of impressions. If your campaign’s goal is to advertise a brand-new product or you want to try your message on a new demographic, go with traditional billboards. When you need to really target those impressions, traditional billboards in specific locations are often a better way to go.

Traditional and Digital billboards are both effective channels for small businesses. However, there are factors to consider before deciding which is right for you. Think about what you need your billboard to do and then choose the right out of home strategy for your business.Carolina Macedo, the author, is the Project Coordinator of Marketing Keys. As a millennial, Carolina is influenced by both traditional and digital billboards equally.